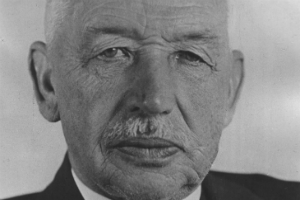 Karl Albert Ludwig Aschoff (January 10, 1866 – June 24, 1942) was a German physician and pathologist. He is considered to be one of the most influential pathologists of the early 20th century and is regarded as the most important German pathologist after Rudolf Virchow.

Aschoff was interested in the pathology and pathophysiology of the heart. He discovered nodules in the myocardium present during rheumatic fever, the so-called Aschoff bodies. Aschoff's reputation attracted students from all over the world, among them Sunao Tawara. Together they discovered and described the atrioventricular node (AV node, Aschoff-Tawara node). Numerous travels abroad, to England, Canada, Japan, and the U.S. led to many research connections, whereas the trips to Japan proved to be especially productive. Aschoff's popularity in Japanese medicine had its roots in his work with Tawara and a journey through Japan in 1924. In the early 20th century, 23 of 26 Japanese pathological institutes were headed by students of Aschoff.

Among his pathological studies was also the issue of racial differences. "Pathology of constitution" invented by him became a special branch of research of National Socialist doctors under the name of "military pathology". Franz Buechner is reported to be Aschoff's most prominent pupil. One of Aschoff's sons, Jürgen Aschoff went on to become one of the founders of the field of chronobiology.

His grave is preserved in the Protestant Friedhof I der Jerusalems- und Neuen Kirchengemeinde (Cemetery No. I of the congregations of Jerusalem's Church and New Church) in Berlin-Kreuzberg, south of Hallesches Tor.