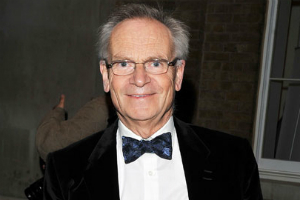 British politician and tycoon; in 1969 he became the youngest member of the House of Commons, where he served until 1974. As an author, he has consistently appeared at the top of the bestseller lists with such blockbuster stories as "Not a Penny More, Not A Penny Less," 1975, "Kane And Abel,"1979, and "First Among Equals," 1984. Worldwide sales of his books (seven by 1988) have surpassed thirty million copies.

With boyish good looks, endless energy and wise-cracking charm, Archer joined the House of Commons at 29 but was forced to give up his seat five years later after he invested in a company that proved to be fraudulent. He turned to writing as a means of avoiding bankruptcy.

As a gesture toward reinstatement in favor, Prime Minister Margaret Thatcher appointed him Deputy Tory Party Chair on 12/03/1985, a position he had to resign in October 1986 after two London papers published stories about his alleged involvement with a London prostitute to whom he was accused of giving money. He sued the Star newspaper for libel in naming him party in a sexual liaison and was awarded $825,000 damages plus legal costs of $1.2 million in July 1987. He gave the money away, dividing it among more than 70 charities.

The son and only child of a career soldier and a journalist, Archer was so precocious as a child that "when he was three he wanted to be four and when he was four he wanted to be prime minister." After his dad's death in 1955, he was granted a scholarship to Wellington School, where he excelled as a sprinter. Later at Oxford, he was captain of the track and field team, breaking records in the 100-year dash. After graduating Oxford in 1964, he stayed on for another post-grad years, during which he developed a fine skill as a fund-raiser.

In 1966 he entered public relations, launching Arrow Enterprises. His first political sortie was the following year, winning a council seat. He won his House of Commons seat in a resounding victory on 12/06/1969.

In the summer of 1974, he was suddenly thrown into massive debt, more than $600,000 by the collapse of Aquablast, a fraudulent cleaning company into which he was heavily invested. He downsized to the bone. Giving up his first love, politics, he closeted himself at the home of friends to write a novel about his misfortune, "Not a Penny More, Not a Penny Less," published 1976. The book was an instant bestseller internationally.

He was comfortably writing and serving as deputy chairman of the Conservative Party on 10/26/1986 when News of the World printed a front page banner, "Tory boss Archer pays off vice girl." Six days later, the rival tabloid, the Star, stated explicitly that Archer had sexual relations with a call girl 9/08/1986."

Due to the sordid publicity, Archer resigned his political post. While admitting that he had offered the girl money to help her out, he denied having a sexual liaison. The three-week libel trial in July 1987 was a media event with lurid testimony and drama equal to one of Archer's novels. At closing, the jury deliberated for less than five hours before awarding Archer the largest amount of damages ever awarded in Great Britain.

Archer met his wife, Mary Weeden, at Oxford. She became a chemistry professor at Cambridge. They have two sons, James and William. Mary remarks, "Life with Jeffrey is never dull."

In late 1999, Archer's attempt to become Mayor of London was blocked by further revelations from his past, colorful at the least. The libel trial concerning Archer's dalliance with a prostitute, which he won in July 1987, came back to haunt him in 1999 when the News of the World were about to publish information revealing that he had committed perjury and conspiracy to prevent the course of justice. He made a statement of disclosure on 11/20/1999, an admission which led to his resignation as Conservative candidate for the position of Mayor of London and subsequent disgrace and imprisonment.

In mid-2001, a jury found Lord Archer guilty of perjury in the 1987 libel case against the Daily Star. He was ordered to pay £175,000 costs within 12 months and given four years prison. The judge stated that he would have to serve at least half of his sentence.