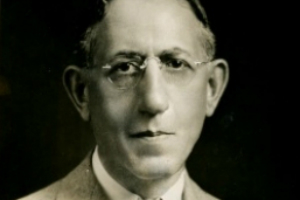 Florence Aadland started her daughter on dance and acting classes when she was two. By the time she was 14, she lied about her age to perform as a chorus girl and musician on bass, organ and drums. She met Flynn on the set of a movie in which she played a bit part. She related the story of his invitation to dinner and the ensuing seduction on a bear-skin rug in front of the fireplace, claiming that she was a virgin at the time. Flynn became crazy about her, calling her Woodsie for wood nymph, and put her in one of his "B" movies, "Cuban Rebel Girl."

After Flynn's death, Aadland periodically was in the news. On 4/09/1960, police broke up a party in which she and her mom were entertaining a few men while semi-clad. She was raped by one of the men and in the struggle, the man was fatally wounded with his own gun. It was deemed self-defense and she was acquitted, but made a ward of the court at the hearing on 5/23/1960. She lived with a foster family for a year with whom she became close friends. When she had a near fatal car accident in 1964, her former guardian was there with a helping hand.

She married and divorced a young architect and began doing a club act as a singer. On 4/08/1967 she made a brief second marriage. In 1971, she married a construction supervisor with whom she had a daughter in 1980. By 1988 they were living contentedly in a small desert town in Southern California with no regrets.