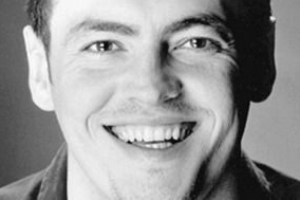 Eamonn Andrews, CBE (19 December 1922 – 5 November 1987), was an Irish radio and television presenter, based mostly in the United Kingdom from the 1950s. From 1960 to 1964, he chaired the Radio Éireann Authority (now the RTÉ Authority), responsible for the introduction of state television to Ireland.

Andrews (his first name could also be spelled as Éamonn, with a fada on the E, as in 'É') was born on Synge Street, Dublin, the same street as playwright George Bernard Shaw. He was educated at the local school, Synge Street CBS. He began his career as a clerk in an insurance office. He was a keen amateur boxer and won the Irish junior middleweight title in 1944.

In 1946, he became a full-time freelance sports commentator, working for Radio Éireann, Ireland's national broadcaster. In 1950, he began presenting programmes for the BBC, being particularly well known for boxing commentaries, and soon became one of television's most popular presenters.

In 1955, Andrews made a brief appearance on Celluloid, appearing on camera as the narrator who introduces the unrelated segments that comprise the portmanteau film, Three Cases of Murder. Throughout the 1950s, he commentated on the major British heavyweight fights on the BBC Light Programme, with inter-round summaries by J. Barrington Dalby.

On 20 January 1956, he reached #18 in the UK Singles Chart with a "spoken narrative" recording named "The Shifting Whispering Sands (Parts 1 & 2)", which had musical backing by the Ron Goodwin Orchestra and Chorus.

Series with which he was associated included:

Whose Baby? (a panel game he created and owned)

He chaired the Radio Éireann Authority (now the RTÉ Authority) between 1960 and 1964, overseeing the introduction of State television to Ireland and establishing the Irish State broadcaster as an independent semi-state body. About this time, he also acquired a number of business interests in Ireland, including recording studios and a dance hall.

In 1965, he left the BBC to join Associated British Corporation, where he pioneered the talk show format in the UK.

He was famous for coming up with off-the-cuff linkings which did not work – such as 'speaking of cheese sandwiches, have you come far?' This was parodied by the character Seamus Android in the BBC radio programme Round the Horne in the 1960s, performed by Bill Pertwee; at the time, Andrews hosted a chat show on ITV. He was also famous for sweating while on screen, as parodied by another BBC radio programme The Burkiss Way. Andrews' contribution to UK radio is commemorated in The Radio Academy's Hall of Fame.

He is perhaps best known as the presenter of the UK's version of This Is Your Life, between its inception in 1955 and his death in 1987, when he was succeeded by Michael Aspel (who had also succeeded Andrews as host of Crackerjack 22 years earlier). Eamonn became the very first This Is Your Life subject on British television when he was surprised by the show’s creator, Ralph Edwards. He was caught out a second time in 1974 by magician David Nixon while appearing as a guest on his television show. Nixon took charge of the Big Red Book on that occasion.

He also created a long-running panel game called Whose Baby? that originally ran on the BBC and later on ITV. He was a regular presenter of the early Miss World pageants.

After months of illness, originally caused by a virus which entered his system during a plane trip (but which was not recognised at the time), he died from heart failure on 5th November 1987, aged 64, in the Cromwell Hospital, London. He had recorded his last edition of This Is Your Life just six days previously on 30th October 1987, surprising Crossroads actress Jane Rossington, who recalled him looking pale and sweaty during the recording, but had put it down to the stress of the show, because many of her guests had been delayed at Birmingham Airport due to fog. After Eamonn's sudden death, the show, and two others that had yet to be broadcast, were held back and eventually broadcast, with Eamonn's widow's permission, in January 1988. His widow, Gráinne Bourke, whom he married in 1951, died 18 months after Eamonn. They had three adopted children.

The British progressive jazz-rock group Soft Machine have performed and recorded an instrumental composition named after Eamonn Andrews. It was written by their keyboardist Mike Ratledge and appears on numerous releases. One of the best is on their album Noisette.