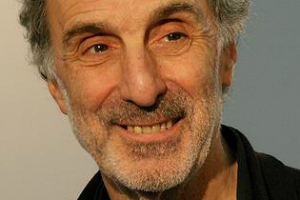 Other projects include the Grande Arche at La Défense in Paris (as associate of Johann Otto von Spreckelsen) and the National Grand Theater of China enclosed in a titanium and glass shell near Beijing's Tiananmen Square which was inaugurated on 22 December 2007.

Andreu was born in Caudéran, Gironde, and graduated in 1958 from the École Polytechnique.

He has been in charge of planning and constructing Charles de Gaulle Airport (Roissy) in Paris since 1967. On May 23, 2004, a portion of Terminal 2E's ceiling collapsed, killing four people. Terminal 2E, inaugurated in 2003, is the seventh terminal at Roissy by Andreu, and has been described as one of his boldest designs. The collapse was attributed by the ad hoc administrative enquiry commission to a variety of technical causes and the lack of margins of safety in the design. Andreu blamed the collapse on poor execution by the building companies.

Since 2011 he teaches three months per year at Zhejiang University in Hangzhou, China, as the dean emeritus and chair professor of the Architecture Department.