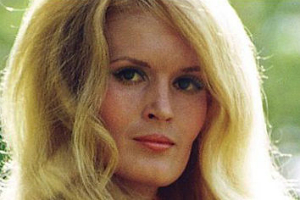 American vocalist, instrumental in extending the range of country-western. Born and raised on a horse ranch by a mom who was a C&W singer and songwriter, she had a singing and dancing debut at six. An accomplished horsewoman in her teens, she won more than 1000 trophies, 600 ribbons and two regional championships. She was named California Horse Show Queen at the 1966 state fair.

She married Glen Sutton on 5/04/1968; three kids. This marriage and a successive one, to Harold Stream; two kids, both ended in divorce.

Lynn wrote a children's book, "Krystal and the Chief," aimed at teaching handicapped kids the joy and freedom of horsemanship through therapeutic riding.

On December 2, 2004 in Denton, TX, police found Anderson passed out in her car which she had parked on the side of a highway. She was charged with drunk driving and released on a $1,000 bail.

The country singer was arrested on January 24, 2005 in Taos, NM and released without bail. She allegedly shoplifted a Harry Potter DVD. In a statement released shortly afterward, she said, “I take full responsibility for my actions. I have a problem dealing with alcohol.”