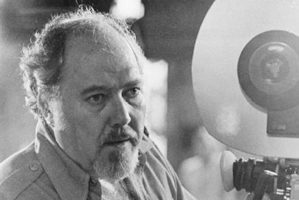 American film producer. With a satirical eye for the American way of life and a stylistic naturalism, he delivered unique films, more than 30 movies by 1987. He had a history of minor features and TV work behind him when M.A.S.H. established his reputation. Between 1970 and 1975 he turned out eight films, six of them outstanding: "M.A.S.H.", " McCabe and Mrs. Miller," "The Long Goodbye," "Thieves Life Us," "California Split," and "Nashville." However audiences generally snubbed him, and his genius seemed to unravel all at once. He drank hard and partied hard and made bad movies and by the end of the '70s his personal chaos threatened to absorb him totally. He retreated to Paris where he spent his time on odd projects, less conventional, stage plays, cable drama, even a couple operas.

After 15 years of rebellion, burned bridges and self-imposed exile, he made what he called his "fourth comeback" with his film, "The Player," 1992, a wry, post modern view of Hollywood. No longer drinking and carousing, he resumed his place as one of Hollywood's quintessential directors.

Notorious as a womanizer during his first two marriages, his third marriage was to former actress Kathryn Reed in 1962; five kids.

He was firstborn, the only child in the family for his first five years. His childhood family was not close and he later remarked, "I had no problem ever leaving anybody anywhere." With a restless intelligence, he was an indifferent student. After a brief stint unsuccessfully peddling screenplays after his Army discharge, he returned to Kansas City and took a job making industrial films. Six years later, he was back in Los Angeles directing episodes of "Alfred Hitchcock Presents." His first feature was "The Delinquents," shot in Kansas City with local actors.

He worked for several years directing episodes of various TV series before he was offered the job of directing "M.A.S.H." The job had been turned down by 14 other directors. The film established him as one of the most original and prescient directors working in Hollywood.

The versatile and prolific director received an Oscar for Lifetime Achievement on March 5, 2006. During his acceptance speech, he revealed that he had received a heart transplant “ten, eleven years ago.”

The innovative and influential director died November 20, 2006 in Los Angeles of complications of cancer; he was 81. He had been diagnosed with the disease 18 months prior to his death.