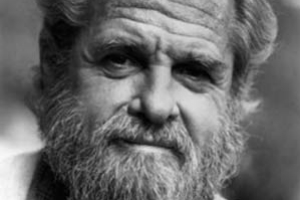 Corey Allen (June 29, 1934 – June 27, 2010) was an American film and television director, writer, producer, and actor. He began his career as an actor but eventually became a television director. He may be best known for playing the character Buzz Gunderson in Nicholas Ray's Rebel Without a Cause (1955). He was one of the last surviving cast member of the film.

Allen was born Alan Cohen in Cleveland, Ohio, on June 29, 1934. After his family moved to California, he attended the University of California, Los Angeles, where he received his start in acting and was awarded a Bachelor of Fine Arts in 1954.

Allen was best known for his role as gang leader Buzz Gunderson in Nicholas Ray's 1955 film Rebel Without A Cause. Starring in the film was James Dean, who played Jim Stark, a disaffected teenager who has moved to Los Angeles to start a new life, only to find more problems in his new home. After a show at the Griffith Observatory, Buzz challenges Jim to a knife fight, which Stark wins by subduing Buzz with his switchblade. During the filming of the knife fight, both Allen and Dean, aficionados of method acting, used real knives and Dean was injured when Allen lunged at him with his knife. The gang challenges Jim to a chickie run, in which two stolen cars will be raced towards a cliff and the winner will be the last one to jump out. Before the two are about to embark on their death race, Buzz and Jim stand at the edge of the cliff, looking down at the fall they might face if they remained in their cars to the end. As Jim questions why they are going ahead with this race, Buzz responds "You got to do something, don't you". Allen would later recall that his classic line was "the underlying question of each generation. Here we are: What do we do?". As the cars are heading to the cliff, Buzz attempts to jump out but is unable to escape when his leather jacket gets caught in the car door and is killed in the crash at the beach below.

He appeared in some minor film roles before Rebel and afterward was seen in The Chapman Report, Darby's Rangers, Juvenile Jungle, Party Girl, Sweet Bird of Youth, in addition to guest appearances on Bonanza, Dr. Kildare and Perry Mason. In 1960 Allen played murderer Rennie Foster in "The Case of the Red Riding Boots," and in 1962 he played murder victim Lester Menke in "The Case of the Borrowed Baby."

He was actively involved in theatrical productions in the Los Angeles area, creating the touring company Freeway Circuit Inc. in 1959 and the Actors Theater in 1965. He was also involved in teaching theater at The Actors Workshop.

Allen turned to directing starting in the 1960s, where he worked on such television programs as Hawaii Five-O, Hill Street Blues, Ironside, Mannix, Murder, She Wrote, Police Woman, The Rockford Files, Star Trek: The Next Generation and The Streets of San Francisco. He won an Emmy Award, in 1984, for directing an episode of Hill Street Blues.

He died due to complications of Parkinson's disease on June 27, 2010, in Hollywood, California, just two days before his 76th birthday. He was survived by a daughter, four grandchildren and two great-grandchildren.