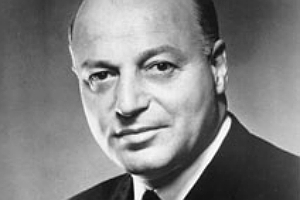 He attended Sacred Heart High School (presently Sacred Heart Cathedral Preparatory). Alioto graduated with honors from St. Mary's College in Moraga, California in 1937 and from law school at The Catholic University of America with honors, in Washington, D.C. in 1940.

Alioto worked for the Antitrust Division of the Justice Department and then for the Board of Economic Warfare. He returned to San Francisco after World War II and started an antitrust practice, representing Walt Disney and Samuel Goldwyn, among others, eventually becoming a millionaire. He argued the Radovich v. National Football League case before the Supreme Court, convincing the justices that professional football, unlike baseball, was subject to antitrust laws.

In 1993, he represented his father-in-law Billy Sullivan in his lawsuit against the NFL. The court ruled that Sullivan was forced by the league to sell his team at below market value and awarded him $114 million. Sullivan eventually settled for $12 million after the NFL appealed.

Alioto served on the San Francisco Board of Education from 1948 to 1954, and in the 1960s, served as the chair of the city's Redevelopment Agency. Alioto on the death of California State Senator J. Eugene McAteer, went from campaign finance chairman to candidate for mayor. He entered the mayoral race in 1967 when John Shelley, the incumbent, bowed out of the race, allegedly because of poor health but probably because Alioto was more pro-development than Shelley (Shelley, whose rival Eugene McAteer was being backed by Alioto, was also expected to lose against a Republican opponent, Harold Dobbs, after McAteer collapsed and died while playing a game of handball).

Joseph L. Alioto was inaugurated on January 8, 1968, served a term, and was handily re-elected in 1971. Alioto delivered the speech nominating Hubert Humphrey at the 1968 Democratic National Convention. There were rumors that Humphrey would select Alioto as his running mate, but Humphrey selected Edmund Muskie. An article in the September 23, 1969 issue of Look magazine claimed that Alioto had ties to the Mafioso Aladena Fratianno. Alioto sued the magazine for libel and won a $450,000 judgment. In the course of the litigation, Alioto proved that Look, desperate and on the verge of bankruptcy, simply conjured up (with no proof) an alleged mob meeting in Vacaville, California at the Nut Tree Restaurant. He later claimed that he had documents that showed that the Nixon administration leaked disinformation to the magazine in order to stall his career.

In January 1970, the State of Washington, three cities, a port authority, and eight public utilities brought a civil suit against Alioto because he split a $2.3 million fee in an antitrust case with Washington State Attorney General John J. O'Connell and an O’Connell deputy, George Faler. Attorney General O’Connell had maintained Public Utility Districts as private clients during his time as AG. The Public Utility Districts were suing electrical manufactures that were fixing prices at an improperly high level. The case began in 1962 and O’Connell retained Alioto, a very successful anti-trust attorney, to work on the case. Originally, Alioto agreed to receive 15% of what was awarded with a $1 million cap. Later, O’Connell, apparently without telling his clients, abolished the fee ceiling. Alioto ended up receiving approximately $2.3 million and gave $802,815 of those fees to O’Connell and Faler. The state and other groups sued to have the entire $2.3 million returned. The trial took six months and jury unanimously found the three were entitled to the $2.3 million.

Alioto was also indicted by a federal grand jury in March 1971 on bribery charges because of the means by which the fees were awarded. When the case went to court, Alioto was cleared of the federal charges by a judge who ordered acquittal because he was convinced a jury would not convict when it considered the evidence.

In 1971, Alioto's wife, Angelina Alioto, vanished, reappearing after 18 days to claim that she had taken off to "punish" her husband for neglect. During the time Angelina was missing, she toured the missions of California as part of a religious pilgrimage.

Alioto ran in the 1974 Democratic primary for the governor's office, losing to Bob Moretti and Jerry Brown. Angelina claimed a bad omen for Joe to seek the governorship. Two prior mayors of San Francisco, Washington Bartlett and James Rolph were elected governor of California, and died in office.

Alioto's wife, Angelina, filed divorce proceedings against him in 1975. He remarried in 1978.

After he left office, Alioto went back into private practice. He and his son Joseph Jr. lost a major malpractice case in 1980. In 1991, he and his son went to battle in court against one another over legal fees in another case.

Alioto died of prostate cancer in San Francisco on January 29, 1998 and was interred at Cypress Lawn Cemetery in Colma, California. A cenotaph is located at Holy Cross Cemetery (Section D).

Alioto presided over a time of turmoil and change in San Francisco. Events that occurred during his tenure as mayor included strife in the Haight-Ashbury with the drug culture, anti-Vietnam War demonstrations, the start of the gay Castro District, Black Panther marches, The Zebra murders and Zodiac killings. He ran on a platform of reducing taxes and fighting crime.

Alioto put his energy behind the development of three major building projects: the Bay Area Rapid Transit System (BART); the Transamerica Pyramid; and the Embarcadero Center. These efforts engendered opposition in the development stage but were eventually built, transforming the quality of life and skyline of San Francisco. Alioto helped to bring more minorities into city politics, launched a reform of the city charter, and mediated protracted police and fire department strikes in 1975. Alioto's tenure began with a city-wide newspaper strike of the San Francisco Chronicle and San Francisco Examiner in February 1968. The first faculty strike at a college or university in the United States—was at San Francisco State College now San Francisco State University during 1968–1969, where Alioto gave the resources of the law enforcement of the City and County of San Francisco to the university president, S.I. Hayakawa.

Members of Alioto's family are still involved in San Francisco politics. His second wife, Kathleen Sullivan Alioto, was a member of the Boston School committee and a candidate for a United States Senate in Massachusetts in 1978 primary. Angela Alioto, a daughter from his first marriage, served eight years as a member of the San Francisco Board of Supervisors, two as its President. One of Angela's three sons, Joe Alioto Veronese, campaigned for the California State Senate seat in 2008. One of his granddaughters, Michela Alioto-Pier, was appointed to the Board of Supervisors in 2003 by San Francisco mayor Gavin Newsom and won election to the Board in 2004. His grandson Joseph Alioto Jr. ran an unsuccessful bid for a seat on the San Francisco Board of Supervisors in District 3. Several of his sons, as well as many of his grandchildren, are successful attorneys and businesspersons in the San Francisco Bay Area.