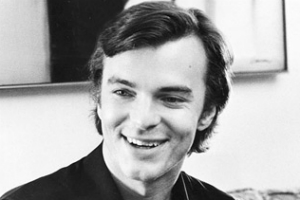 Albert made his motion picture debut in a 1965 drama, The Fool Killer, as a runaway orphan who crossed paths with a disturbed Civil War veteran, played by Anthony Perkins. He is best known for his work in the 1972 film Butterflies Are Free, in which he played a blind man, starring opposite Goldie Hawn. The performance earned him a Golden Globe Award as Most Promising Male Newcomer.

The following year, he starred opposite Liv Ullmann in the film adaptation of the play 40 Carats. Albert appeared as a U.S. Navy fighter pilot in the epic film Midway, portraying the son of a famous (and fictitious) naval captain (played by Charlton Heston). He also was featured in the Gene Hackman suspense film The Domino Principle (1977) and the drama The Greek Tycoon (1978) opposite Anthony Quinn and Jacqueline Bisset.

He had a recurring role in the 1980s television series Beauty and the Beast, in which he played Elliot Burch, the millionaire New York developer who loved series heroine, Catherine Chandler (played by Linda Hamilton). He also played Mr. Collins, father to Wesley Collins, the Red Ranger from Power Rangers Time Force. Albert also voiced the blind superhero Daredevil in two episodes of Spider-Man: The Animated Series in the 1990s.

In The Ice Runner (1992), he played a betrayed and threatened agent arrested in Russia, who wants to escape from his prison, and in Guarding Tess (1994), he played the son of kidnapped former First Lady Tess Carlisle (Shirley MacLaine).

In his last years, Albert cared for his father who suffered from Alzheimer's. Albert died on September 22, 2006, after suffering from lung cancer for 18 months, coincidentally about 18 months after his father's death.