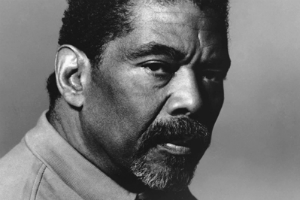 American black gay choreographer, dancer and director, the founder of the famous Alvin Ailey Dance Theater. Ailey combined African American movement with his own feelings and experience with spirituals, jazz and contemporary music in a unique fashion. He sought to reach a mass audience rather than those accustomed to one form of dance. He performed extensively in musical comedies and dramatic shows, in films, and on television and was recognized as a major creative artist of his time.

Alvin was born to a 17-year-old girl and was six months old when his dad abandoned them. She moved across country, picking cotton and doing domestic work before landing up in Los Angeles in 1942.

He was a moody boy who was devastated when his mom remarried. The boy drew pictures through his childhood and as a teenager, discovered dance on a school field trip to see the Ballet Russe. He took dance training from Katherine Dunham and choreographer Lester Horton in 1949, to whom he was introduced by his friend, Carmen de Lavallade. In 1953, the year Ailey made his performance debut, Horton died and Ailey took over the company.

He made a Broadway debut the following year in Capote’s "House of Flowers." When the play closed, Ailey stayed in New York to study ballet, modern dance and acting. He studied with every choreographer on the burgeoning scene: Hanya Holm, Martha Graham, Doris Humphrey, Katherine Dunham, Charles Weidman, Karel Shook. After his show closed he lived on unemployment and the proceeds from teaching, soaking up the city's resources: films, poetry readings, new music, and dance and drama. Over the next ten years, he appeared on and off Broadway and on film as a dancer, choreographer, actor, and director. In 1958 Ailey formed his own company, the Alvin Ailey American Dance Theatre, of which he served as artistic director from its founding to 1980. He started with seven dancers and has since grown to over 30 members for whom he created 75 dances, as well as representing many other contemporary choreographers.

He choreographed Leonard Bernstein's "Mass," which was the debut performance of the Kennedy Center for the Performing Arts, and Samuel Barber's opera, "Antony and Cleopatra," which was the inaugural production of the Metropolitan Opera at Lincoln Theater. He racially integrated his formerly all-black dance company in 1963 after encountering reverse racism. As a performer Ailey's dancing was strong, seamless, and passionate but in 1965, he left the stage to concentrate on choreographing and running his company. It became the first American dance company to tour the USSR in fifty years. The Leningrad performance in 1970 received an ovation lasting more than twenty minutes.

Ailey won every award that the dance field and the country offers its artists, but his health began to decline. Diagnosed with cytomegalovirus and suffering from an esophageal ulcer, he spent months in the hospital, dying of complications from AIDS on 12/01/1989, New York City.