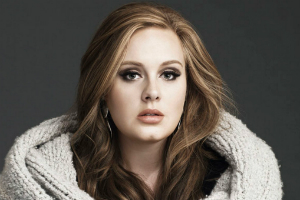 English pop singer and songwriter. Graduating from the BRIT School for Performing Arts and Technology in 2006, Adele was given a recording contract by XL Recordings after a friend posted her demo on Myspace the same year.

As of 2017, Adele received fifteen Grammy Awards including for Best new Artist, Album of the Year, Record of the Year, Song of the Year and for Best female pop vocal performance. She sang "Skyfall" for James Bond film.

It was reported in January 2012 that Adele had been dating charity entrepreneur and Old Etonian Simon Konecki since the summer of 2011. In June 2012, Adele announced that she and Konecki were expecting a baby. Their son was born on 19 October 2012. On the topic of becoming a parent, Adele has since observed that she "felt like [she] was truly living. I had a purpose, where before I didn't". Adele and Konecki brought a privacy case against a UK-based photo agency that published paparazzi images of their son taken during family outings in 2013. Lawyers working on their behalf accepted damages from the company in July 2014.

In early 2017, tabloids started speculating that Adele and Konecki had secretly married when they were spotted wearing matching rings on their ring fingers. During her acceptance speech at the 59th Annual Grammy Awards for Album of the Year, Adele confirmed their marriage by calling Konecki her husband when thanking him. She subsequently clarified her marital status in March 2017, telling the audience at a concert in Brisbane, Australia, "I'm married now".